More than 500 acres of permanently protected land along both sides of the Coonamessett River form a north-south "greenway" of open space. The Town's efforts to protect the river began in 1964 and more recently, The 300 Committee has also worked to preserve land parcels along the river corridor. A massive effort to restore the river to a working natural system has recently been completed, and progress continues in the creation of a walking path along the length of the river from Coonamessett Pond to the Lower Coonamessett River Conservation Lands. This 3-mile trail, the Coonamessett Greenway Heritage Trail (CGHT), has several shorter loop options with a nearly 1-mile wheelchair accessible section and two boardwalks that cross the river. The Greenway hosts a range of natural systems including wetlands, forests and meadows that are home to a diversity of plants and animals. The cold river water supports five species of migratory fish (river herring, American eel and brook trout among them) as well as other animals like otters and ospreys.

Along the CGHT are eleven "waystations" with educational displays that provided a narrative of natural and human history throughout the river corridor.

Southern access to the CGHT is from two driveways off John Parker Road, at the Lower Coonamessett River Conservation Lands. The Gateway to the Greenway was opened in Fall 2021 and features the universally accessible Scenic River Overlook and Lower Loop Trail. Access and parking further north along the Greenway are at Andrews Farm/Andrews Grove, Bartolomei Conservation Area, River Bend, Dupee, Upper Bogs and Matt Souza. 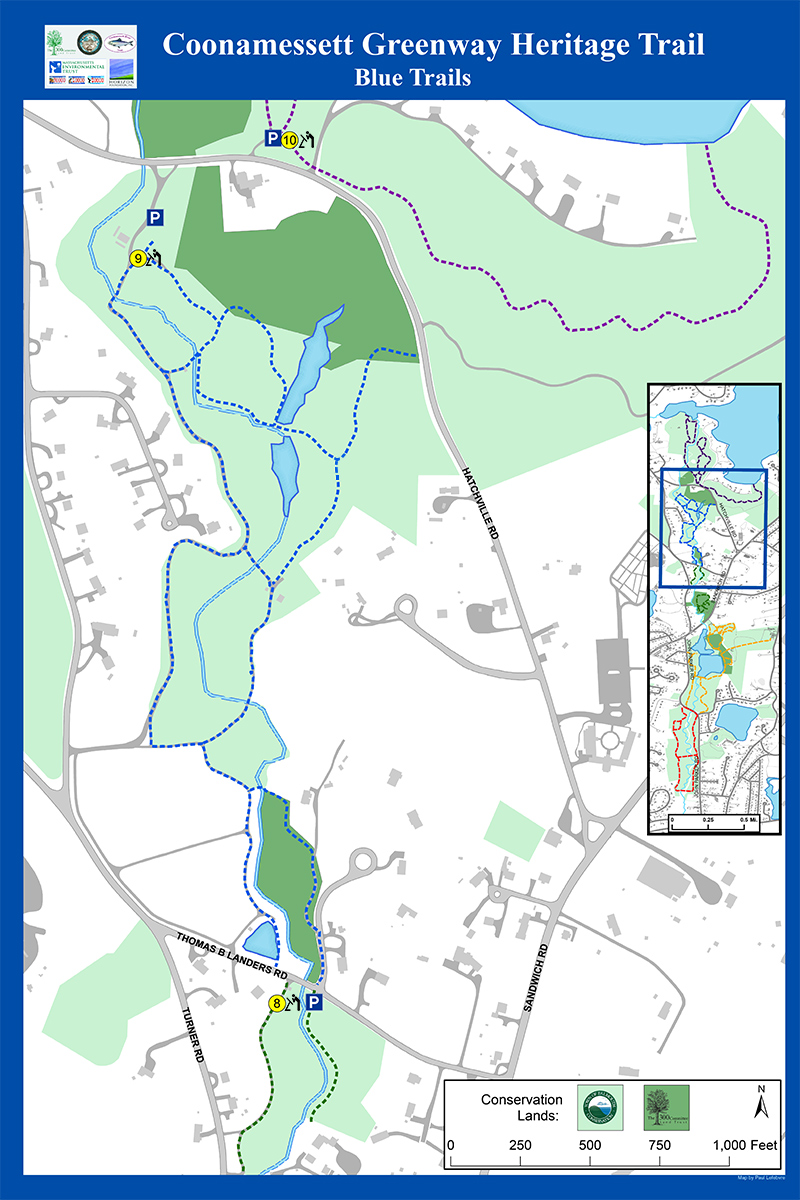 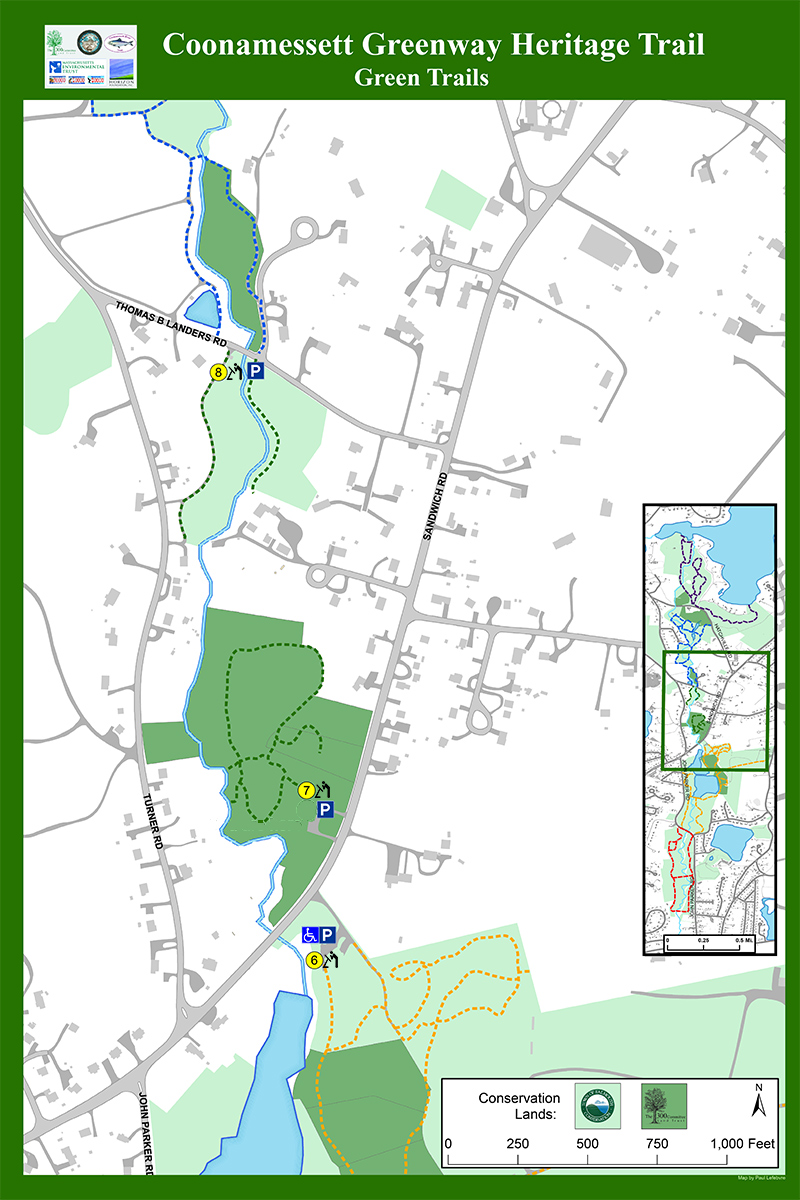 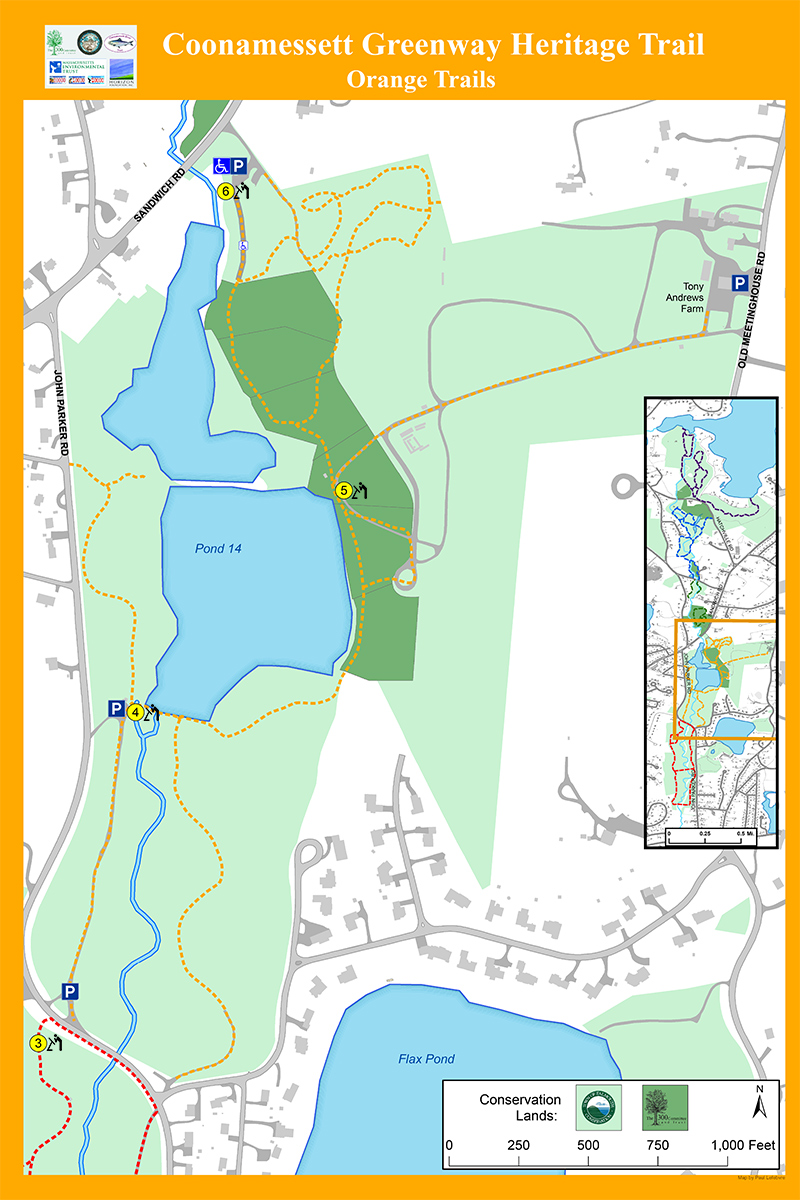 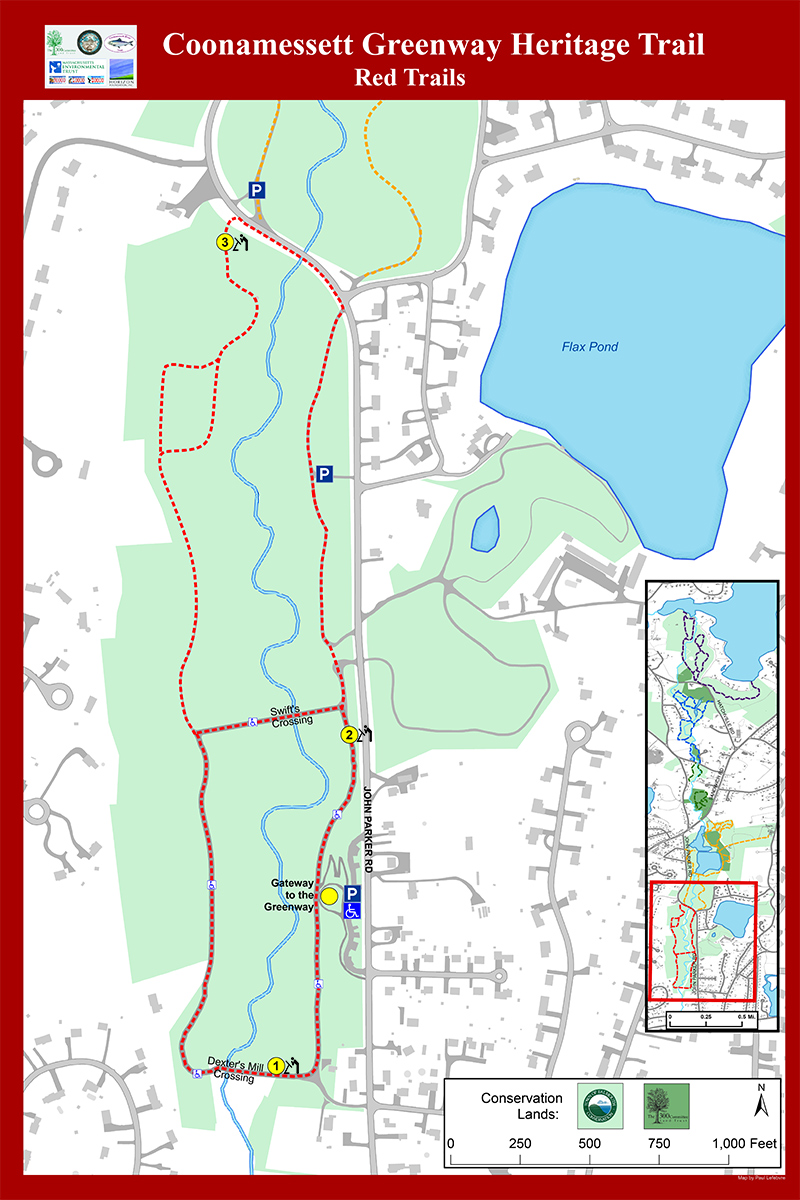